When will we as Americans start to recognize each other as Americans instead of a Social Class, Race, Ethnicity or any other category you can dream up? From what I’ve seen, the only time the United States becomes “United,” it takes a major event such as a terrorist attack, to happen on our front porch. It’s very frustrating to hear people from all walks of life complain about how this race/ethnicity is this way or a certain religion is bad because of this or that. Instead, how about we say, we as Americans have all types of issues, what can be done to fix them? Whether you believe it or not, or are willing to accept it, we are all Americans. Yes, I know there are those that are American through a process of paperwork and not by birthright, but why are we all treated differently?

A lot of individuals are willing to sacrifice their lives just to escape one way of living so they can achieve the “American Dream,” meaning, they want what seems to be a better life and also have the right to be able to make their own decisions and so forth. I also realize that there are a large number of illegal immigrants in America (Different Topic). I am not going to sit here and tell you that at some point in my life that I have never been prejudice against another race or religion of certain people because of an irreversible act of Terrorism. I will admit and I am not ashamed to say that after the individuals that were responsible for the attacks on the World Trade Center on September 11, 2001, and they were identified that I contained a strong hate for people of the Middle-Eastern Decent/Muslim faith. That is a very ignorant way of thinking, I know, but I wasn’t or didn’t want to be educated at the time, because I thought it was the right thing to do. It took me having to be deployed to Iraq/Afghanistan and forced to interact with some common individuals in those countries to realize that you can’t blame an entire religion or a group of people because they have a couple of “misguided” children. I won’t take all the blame for this hatred either, some of that hate can be attributed to the way the media portrayed these people at that time. It took me to see with my own eyes there are people in these countries that don’t have a radical way of thinking and they don’t wake up everyday with the thought of killing Americans or Foreign Troops on their mind.

America has come a long way since the days of slavery and segregation, but there is still a large number of ethnic groups (not just Black) who think that they are owed something by White Americans. I didn’t realize these ethnic groups are being forced to America in large numbers, packed to the brim of a ship for months on end with barely enough food and water; I didn’t realize these ethnic groups are still being beat up, attacked by dogs, deterred by the National Guard because they want to attend a certain University for higher learning. I understand what individuals in that era had to endure and I am not saying forget about it, how about we honor those individuals by coming together, so as they look down on us, they will be able to say, “I now understand why I had to endure pain and suffering; so the future America doesn’t have to.” It’s no longer a Race, Ethnic or Social Class thing, it’s an America thing. We all struggle with the lack of proper education, lack of motivation to get a job, lack of respect for our elders, lack of regard for law enforcement/authority in general, etc. I could go on, but what is that going to do other than make you wish that I would shut up? Instead of segregating a certain race or ethnic group, how about we work together as 1 group, Americans, and tackle this problem together. If we continue to separate ourselves, this process will happen continuously.

That also rings true when we set out to the polls to elect our officials of Government, whether it be City, County, State or Federal Levels. If we as Americans are not taking advantage of our right to vote and are voting for the right reasons then it’s our fault that the individual we elect does not meet the expectations set forth. I honestly think, no matter which party is in control, someone, somewhere is still going to complain. Its very hard to make everyone happy. I’m sure not many Black Americans will admit to this, but I didn’t vote for President Barak Obama solely because he was black, I voted for him in the 2008 Presidential Election, because I thought he was going to finally get this country back on track. I had hope and believed in what he said. It’s now 2014 and it feels like we are “marching in place,” because the same individuals we elected (The House, Senate and Congress) seem to want to pacify the rest of the world instead of making sure the people in its country are taken care of, but that’s a whole different issue. Don’t get me wrong, I do understand we have to uphold our foreign relations, because that’s just how it works, but I don’t agree with making another country happy with the sacrifice of innocent men and women. (That’s an entirely different issue; don’t get me going!)

In order for America to fix itself, we as Americans need to stop thinking of “self “and start thinking of “us.” There is a small percentage of individuals that have my way of thinking and I am sure any changes of this magnitude will not be seen in my lifetime, hopefully for my children. Maybe they will get it right. There are going to be those that read this and will be able to take bits and pieces from this; it’s a start. Now only if we could get our elected officials on the same page. Its time for America to take back America and stop letting an individual think for us. We all know what we want, we just need to stop depending on someone else to try to figure out what it is. 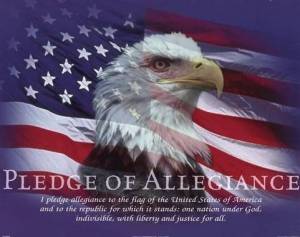 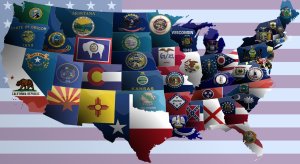