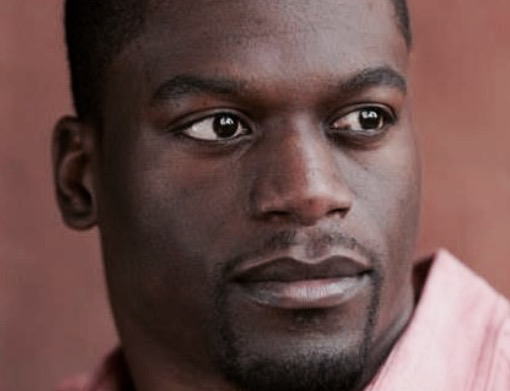 St. Louis native & New Orleans Saints TE Benjamin Watson composed this very well written statement and posted it to his Facebook page. In no way am I trying to take credit or trying to take away from Mr. Watson has already expressed. I felt the need to share it with you guys.

There is so much turmoil going on in St. Louis county and he addressed this issue from his point of view, how he sees his city and from a standpoint of possibly being in the position of Officer Darren Wilson. Mr. Watson very well written. 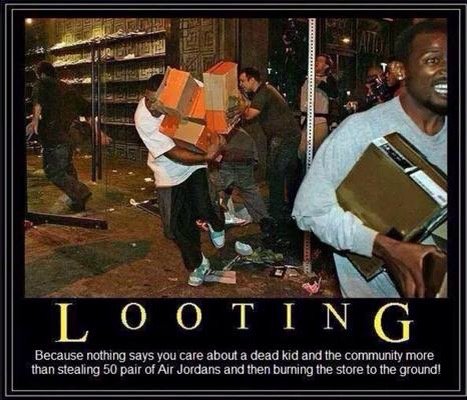 If you haven’t seen this, here are his thoughts:
“At some point while I was playing or preparing to play Monday Night Football, the news broke about the Ferguson Decision. After trying to figure out how I felt, I decided to write it down. Here are my thoughts:

I’M ANGRY because the stories of injustice that have been passed down for generations seem to be continuing before our very eyes.

I’M FRUSTRATED, because pop culture, music and movies glorify these types of police citizen altercations and promote an invincible attitude that continues to get young men killed in real life, away from safety movie sets and music studios.

I’M FEARFUL because in the back of my mind I know that although I’m a law abiding citizen I could still be looked upon as a “threat” to those who don’t know me. So I will continue to have to go the extra mile to earn the benefit of the doubt.

I’M EMBARRASSED because the looting, violent protests, and law breaking only confirm, and in the minds of many, validate, the stereotypes and thus the inferior treatment. 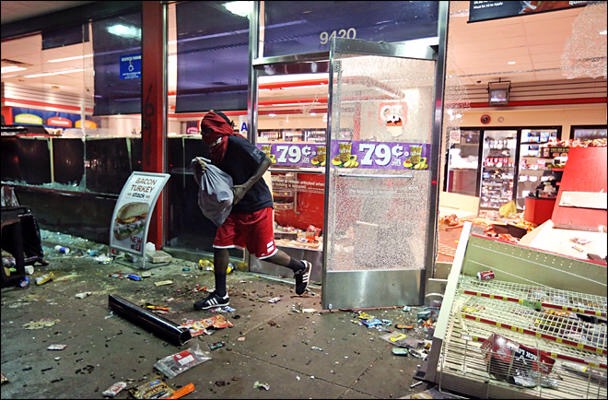 I’M SAD, because another young life was lost from his family, the racial divide has widened, a community is in shambles, accusations, insensitivity hurt and hatred are boiling over, and we may never know the truth about what happened that day.

I’M SYMPATHETIC, because I wasn’t there so I don’t know exactly what happened. Maybe Darren Wilson acted within his rights and duty as an officer of the law and killed Michael Brown in self defense like any of us would in the circumstance. Now he has to fear the backlash against himself and his loved ones when he was only doing his job. What a horrible thing to endure. OR maybe he provoked Michael and ignited the series of events that led to him eventually murdering the young man to prove a point.

I’M OFFENDED, because of the insulting comments I’ve seen that are not only insensitive but dismissive to the painful experiences of others.

I’M CONFUSED, because I don’t know why it’s so hard to obey a policeman. You will not win!!! And I don’t know why some policeman abuse their power. Power is a responsibility, not a weapon to brandish and lord over the populace.

I’M INTROSPECTIVE, because sometimes I want to take “our” side without looking at the facts in situations like these. Sometimes I feel like it’s us against them. Sometimes I’m just as prejudiced as people I point fingers at. And that’s not right. How can I look at white skin and make assumptions but not want assumptions made about me? That’s not right.

I’M HOPELESS, because I’ve lived long enough to expect things like this to continue to happen. I’m not surprised and at some point my little children are going to inherit the weight of being a minority and all that it entails.

I’M HOPEFUL, because I know that while we still have race issues in America, we enjoy a much different normal than those of our parents and grandparents. I see it in my personal relationships with teammates, friends and mentors. And it’s a beautiful thing.

BUT I’M ENCOURAGED because God has provided a solution for sin through the his son Jesus and with it, a transformed heart and mind. One that’s capable of looking past the outward and seeing what’s truly important in every human being. The cure for the Michael Brown, Trayvon Martin, Tamir Rice and Eric Garner tragedies is not education or exposure. It’s the Gospel. So, finally, I’M ENCOURAGED because the Gospel gives mankind hope.”

Here is the link to his Facebook page so you don’t think I’m plagiarizing or stealing his thoughts. https://m.facebook.com/BenjaminWatsonOfficial?fref=nf&_rdr 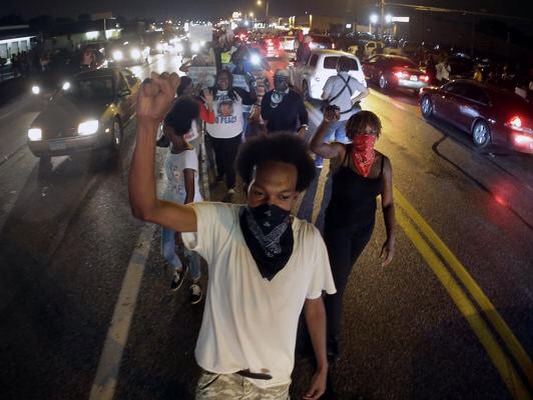